Inspiration versus the voices in your head 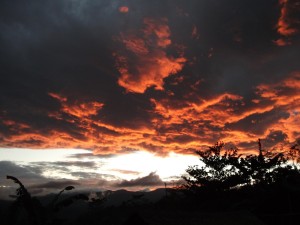 Of late I’ve heard a lot about people finding they have lost motivation. I blogged recently about motivation, but that’s not what this blog is about. You can read more here on that.

What I am more concerned about is INSPIRATION – and to know the difference between the two I found a quick definition that might help explain it:

I have people come to me every day wanting to know if they could attend one of our Adventures, and I have only ever told one person that they couldn’t achieve it because of her health concerns. ONE person out of possibly thousands. Everyone else has ALWAYS had the capacity to undertake one of our Adventures, be it climbing a volcano, going white water rafting, jumping off a high ropes tower or trekking Kokoda. 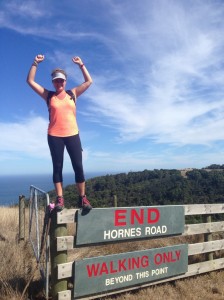 Of all the people that do contact me however, there are a great many that don’t follow through on their inspiration – sure they start out pumped, posting on Facebook about how they are going to complete a bucket list item – but somewhere between being inspired, and the actual event itself, something goes wrong. A lot of people assume that it comes down to cost, but I can tell you one thing for certain. It is NEVER about the cost.

It’s about belief. I believe that just about anybody could achieve a realistic goal. Really, trekking Kokoda is simply walking 96 kilometres over 8 days, or climbing a volcano in Bali, or riding a bike across Australia. You simply start, and keep going. So simple it’s ridiculous really.

So, what is it that stops people from achieving their goals, their dream item on their To Do List? Again, it can’t be the money, as I have come up with some pretty damn creative ways  for people to make money for themselves, that simply requires time and effort. All you need to do is use the knowledge in your head and the skills at your disposal to create income. That’s all you do when you go to work, so you could easily do the same and make $100 a week doing something else. Add enough of those up and you’ve paid your way to do just about anything over time. Everest Base Camp, climbing Mount Kilimanjaro, visiting Machu Picchu – whatever your dream may be.

In my experience, talking to hundreds if not thousands of potential Adventurers, it boils down to the internal dialogue, the voices in your head that you create that tell you all the reasons that you can’t do epic stuff. You can’t afford it (you can), you can’t physically do it (again, you can), you can’t be away from the kids as they (or your partner) desperately need you at home 24/7/365 (I can tell you for a fact, they don’t).

For some of you, those voices have come from discussions with other people, parents, family, friends, colleagues, teachers, relatives – just about anyone that conditioned you to believe that it can’t be done. For others, the voices are born of experience, where you tried something once and didn’t succeed so you gave up.

Imagine a world where the following people quit after their first attempt:

Bill Gates – the computer you are using

Steve Jobs – the music software you listen to

Did they have doubts? Do they have voices in their head telling them it can’t be done? Do they have others telling them that it is impossible? Of course they do. They’re simply so inspired by their dream, their goal, that they REFUSE TO LISTEN. They persevere, they challenge conventional wisdom, the long established belief system.

In short, they call BULLSHIT on all that. They get fired up, they push through the crap and they get on with DOING it.

The world is already over populated by people that lack resilience, that quit at the first attempt of anything new. You only have to look at the people at your gym, the ones that turn up for a week and give up, the people that open savings accounts but don’t deposit anything of substance, to find the type I mean. What separates them from the minority of the planet’s population that go out and strive for and achieve excellence?

They listen to all the reasons why they can’t – and they make a choice to believe them.

So if you want to be a part of one of our Adventures, you will need to be prepared to be told all the reasons why you CAN achieve EPIC goals. That’s simply how we work, we take that crap belief system that you have been relying on for years, and the voices in your head that tell you all the things you can’t do, and we crush them! 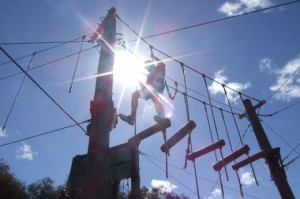 Do you really want to spend the rest of your life thinking up more reasons why you CAN’T do stuff? Is that the sort of role model you want to be for your kids? Yeah?

If you are inspired to do amazing stuff, to be an amazing role model for your kids and yourself, then by clicking on the link where you found us, you’ve found where you need to be.

Question is…what are you going to DO about it?

You’re inspired – do something about it before you have be motivated. It’s a fine line, but up to you to use the one that gets dreams achieved.