How do I get a six pack?

Probably once a week I have a potential member tell me that as one of their goals, they would ‘Like to see their abs’ or ‘To get a six pack’.

More often than not I politely nod and listen intently, looking for all the reasons why they don’t have that yet, and searching for the best way to tell them that they won’t get to that goal anyway. I guess at times I have a reputation for being blunt with my gym members. If they want someone to hold their hand and tell them it’s ok to stay the same, they can go post something on their page about how hard it is to lose weight and they’ll have 23 friends tell them that they are perfectly fine just the way they are. Yeah…thanks for nothing guys. You’re a big help.

Well…obviously there is a percentage of the population for whom a visible six pack is achievable – because we see them on infomercials and in Facebook selfie posts all the time. Don’t get me wrong, I think the desire to be as healthy as possible and to have a lean physique is great, and in a perfect world everyone would have that.

But it is not a perfect world, because humans have the capacity to think, and therein lies the problem.

How many wild animals do you see that are obsessed with cake? Animals generally don’t care about what TYPE of food they eat, or whether or not they have a perfect macronutrient count – they see food and base animal instincts kick in and they eat it. They don’t then sit there feeling sorry for themselves because they ate a second helping and all that work at the gym will be undone.

Before I continue – a question to ask yourself – do you actually KNOW at what percentage of body fat those abs become super ripped and you will get a modelling contract? Yes? No? Well for those of you who answered NO…how can you possibly want something so badly and not know exactly what you have to do to achieve it? Seems to me like you might not want it as much as you say

1. Cake. It’s not the fact that cake exists, it’s just that you ate some in preference to any other healthier option that would help your body create more lean muscle mass, one of the keys to gaining visible abs. Am I saying never eat cake? No, but if you want the result you have to be smarter

2. Crunches. Just stop doing them. The time you spent on the gym floor doing five minutes of crunches could have been spent cooking a plate of bacon and eggs, a much better use of your time to get some quality protein, the building block of muscle into you. Besides, why would you bother doing an exercise that only activates between 3 and 5% of your ‘core’ muscles?

3. Intensity. It’s not just sweating more. It’s doing the right amount of exercise for the right reasons at the gym. We see countless photos of people supposedly ripping out workouts at their CrossFit box…but only a minute percentage of them have the mythical abs. Nearly all of the rest look just like you…or worse, like me. Most people I know that undertake that sort of exercise don’t have the dietary discipline to obtain abs, but then, most people that do that sort of exercise modality aren’t always seeking abs either. 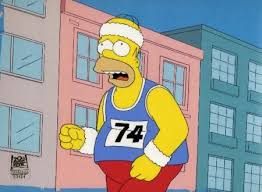 5. Magic cure. You think they exist. Or that you deserve one because you are different from everyone else. You’re not. You have the same biological functions (and purpose) as the rest of the 7.something billion of us. Sorry to burst your bubble, but just because you WANT abs more than the rest of us doesn’t mean that you’re going to get em. 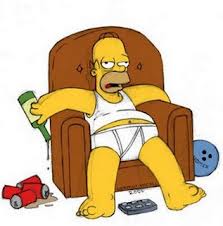 7. You had a baby. Remember that? You created a wonderful new life, the miracle of birth, a joyous occasion that has now given you a complete family. Yeah, uh huh…remember how that devil child made your tummy swell up like the Hindenburg? You think that doesn’t have consequences? I’m not saying that you shouldn’t have kids…although I just ate lunch in a food court and I think I have a compelling argument there…I’m saying that you did something to your body that changed it’s shape…and unless you were really careful, ate lots of really good quality food the whole way through and are somewhat genetically gifted, those abdominal muscles aren’t going to go back to what they were for approximately 98.7645% of you.

8. Goldfish remember things for longer than you (or the Art of Mindfulness). Picture the scene: Mary, a colleague is leaving work to have a baby, so you are having a going away morning tea for her, and someone brings cake. And Tim Tams. And someone ate them. And that someone was you. How did THAT happen? One minute you were discussing how you knocked up Paleo Muffins in your Paleo Muffin Tray, just like Korg 70,000 BC would have done, and the next minute…the biscuits are gone. GONE I tell you. Well, that was you shutting down all rational thought and doing that clever little justification thing you do, the same as when you’re picking up the kids from sports training, or the ‘family’ are coming over and you want something easy to eat.

9. You’ll find a way to sabotage yourself anyway. Achieving goals scares the crap out of people. It’s actually much easier for a lot of people to have a goal than to actually achieve it. Otherwise, everyone would find a way to go and tick off all the bucketlist items they say they have, such as trekking Kokoda or running a marathon. Nobody is stopping you from doing those things, it’s your own belief system that is to blame, and you made it, so it’s all your fault. So instead of pushing on to achieve that goal, you’ll justify all sorts of behaviours that will mean you just don’t get there.

10. Look…I’d like to finish this, but I’m feeling like a bit of a nap after eating all that bread at lunchtime, and the cereal for breakfast…you know, some of the processed rubbish that you ate instead of the vegies and fruit that you could have eaten instead. Because someone said you had to. And you weren’t wise enough to evaluate what actually WORKS for YOU. If you eat foods that prevent your body from oxidising fat efficiently, then abs aren’t coming to live on you any time soon. And for the record, this is what fat oxidation actually looks like…

My point is, ‘burning’ fat is a process that the body does all day every day, regardless of how much you try to control it. By eating rubbish, you slow that process, and won’t get the abs you want, and by being able to have thought processes, you are able to justify not doing the right things by yourself often enough to get to the desired result.

So enough with the goal of having a six pack. For those of you that have one, more power to you, your discipline and training regime are to be commended.

For those of you that don’t – take a chill pill, and focus on things that are far more important right now – you haven’t developed the dedication or the skills required yet to achieve that lofty goal, so you need to have a long hard look at what’s important. Chances are you want abs because some Hollywood starlet has them, and unless you are her brother or sister, there’s no earthly reason why you would have a chance to look the same as them anyway. 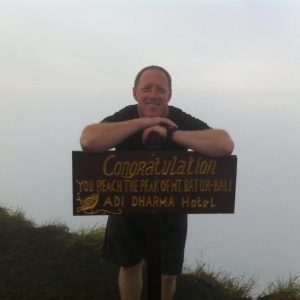 Matt Jolley is a Personal Trainer and Adventure Coach and does not have a six pack. He has however trekked Kokoda and climbed big hills without a six pack. He’s happy

If you’d like to do learn how to train and eat smarter, and maybe, just maybe one day…have a six pack…click here!